Information about copyright and how to cite the essays can be found on the Permissions and Citation page. All essays are published under a Creative Commons license.

On 14 April 2010 the Icelandic volcano Eyjafjallajökull erupted for a second time in two month after having been dormant for just under 200 years. The second eruption caused an ash plume that was ejected high into the stratosphere and transported by the wind to Northern and Western Europe. All of a sudden a commercial catastrophe hit Europe and all air traffic was completely shut down. The skies cleared of planes wary of flying through the high-altitude cloud of the volcano’s very corrosive dust which could damage delicate jet engines. As a result thousands of passengers got stranded around the globe. If it had not been for airplanes hardly anyone would have heard of the eruption but now it was front-page news. END_OF_DOCUMENT_TOKEN_TO_BE_REPLACED

Around 1850 Britain had no forestry service and there was no formal training of foresters. Forestry was still practised in the context of estates mainly owned by the aristocracy and managed by foresters who had learned the traditional management techniques under an apprentice system from their predecessors. British forestry was fragmented, not formalised, and far from centralised during the entire 19th century. Most of the forestry remained concentrated on large privately owned estates, especially in Scotland, where it served the double purpose of ornamental woods and, to a lesser extent, wood production for local use.1The British Government and many landowners did not feel the necessity to increase timber production and introduce modern formalised forestry practices from the continent because the British had direct access to the large timber reserves of their Empire, of Scandinavia and the Baltic states. Importing timber from overseas was much cheaper than to produce it back home in Britain.2  END_OF_DOCUMENT_TOKEN_TO_BE_REPLACED

The late Victorian era saw an increased public concern for the welfare and protection of wildlife, particularly birds. This included the formation of the Royal Society for the Protection of Birds (RSPB), the institution of bird protection legislation and the founding of children’s societies with the objective of educating and teaching children to be kind to wildlife. This relationship between children and their behaviour towards animals was of course not new. END_OF_DOCUMENT_TOKEN_TO_BE_REPLACED

After the storm surge flood of 1953 the Dutch water management authorities (Rijkswaterstaat) decided upon an ambitious plan to reinforce and increase the height of all dikes and levies in the Netherlands. This not only included sea defences but also river dikes. The project started in the 1960s but initially only sea defences were reinforced and the river area in the centre of the country was dealt with a few years later. END_OF_DOCUMENT_TOKEN_TO_BE_REPLACED

January 3, 2005 / K. Jan Oosthoek / Comments Off on What is Environmental History?

Environmental history is a rather new discipline that came into being during the 1960’s and 1970’s. It was a direct consequence of the growing awareness of worldwide environmental problems such as pollution of water and air by pesticides, depletion of the ozone layer and the enhanced greenhouse effect caused by human activity. END_OF_DOCUMENT_TOKEN_TO_BE_REPLACED

Historically, forests in Scotland contributed in a variety of significant ways to the welfare and needs of rural communities. During the 20th century, forestry moved away from forestry for local use in favour of large-scale production forestry for distant markets. However, since the 1980s more emphasis is placed on nature conservation, recreation, as well as fulfilling local economic demands. This pattern of changing rural land-use has produced a new type of forest owners: rural communities. The aim of this short essay  is to chart the developments that gave rise to community forests in Scotland. END_OF_DOCUMENT_TOKEN_TO_BE_REPLACED

Just South of the Great Glen next to Loch Lochy is a valley situated that is world famous among the geography, geomorphology and geology communities in the world. It also takes a signicant place in the history of Science. The name of this valley is Glen Roy and it derives its fame from a geologic phenomenon that is known as the “Parallel Roads”. Today it is one of the lesser known Natural Nature Reserves in Scotland because of its relative isolation and poor access, but in the past it has been a battle ground between conservationists and foresters. This short essay charts its importance and why it became a source of conflict during the 1950s. END_OF_DOCUMENT_TOKEN_TO_BE_REPLACED 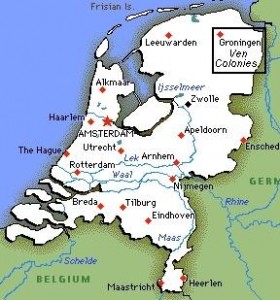 The emergence of the agricultural industry in the Groninger Veenkoloniën caused a quite serious problem: one of the worst episodes of industrial water pollution in the Netherlands. This gave the Veenkoloniën the negative image of a region with filthy and stinking canals, being the concern of the industry, government and population for more than a century. END_OF_DOCUMENT_TOKEN_TO_BE_REPLACED

This paper on the perceptions of Scottish forestry was presented at a research seminar of the Department of History of the University of Stirling on 24 February 1999. The theme of this seminar was “Environmental History: Interdisciplinarity and Where this Leaves History”. END_OF_DOCUMENT_TOKEN_TO_BE_REPLACED

February 1, 1999 / K. Jan Oosthoek / Comments Off on Environmental History: Between Science and Philosophy

The Environment has been a prominent part of the political agenda since the 1960s. The expansion of the consumer society after the Second World War in North America and Europe increased the pressure on the environment to such an extent that it became alarming. A more affluent and better educated population showed its concern for the environment and demanded a cleaner and healthier environment. The environmental movement that originated from these concerns was not very historically oriented and regarded the contemporary problems as a unique product of 20th century capitalism and industrial progress. However, some realised that a historical perspective was needed to understand the origins of the contemporary environmental crisis. This is where environmental history came into being. END_OF_DOCUMENT_TOKEN_TO_BE_REPLACED