Podcast 52: Scientific and environmental diplomacy and the Antarctic

September 17, 2013 / K. Jan Oosthoek / Comments Off on Podcast 52: Scientific and environmental diplomacy and the Antarctic 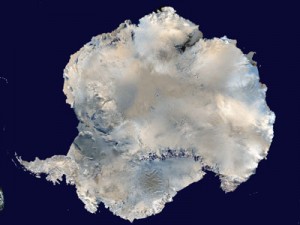 A view from space of Antarctica. Source: NASA

Antarctica is a unique continent because is mostly covered in ice and, importantly, it is the only continent that has never been settled by humans until scientific bases were established in the 20th C. This makes it an international space which has implications for the environmental regulatory regimes that have developed over time as well as the way we view the continent. Without a popular tradition of natural history, or amateur ornithology, or locals dependent on wild resources from which a conservation ethic might emerge, it was trained, international biologists who led the development of nature protection and conservation in Antarctica.

The guest on this podcast episode is Alessandro Antonello, a PhD candidate in the School of History at the Australian National University’s Research School of Social Sciences, in Canberra, Australia. In this podcast he explores the scientific, environmental and diplomatic aspects of Antarctic history, in particular from the inception of the Antarctic Treaty in 1959. He also examines changing conceptions of the Antarctic in the second half of the 20th century and places this in a wider historical context.

Podcast 53: Desire for the Wild – Wild Desires? The trouble with rewilding