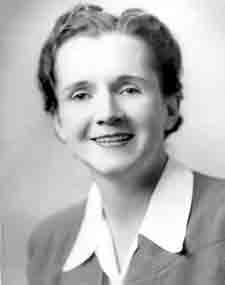 2012 marks the 50th anniversary of the publication of Rachel Carson’s book “Silent Spring”. This publication is often regarded as the beginning of the modern environmental movement, in particular in the US. Silent Spring documents the effects of pesticides on the environment, and in particularly on birds. In addition, Carson accused the chemical industry of spreading disinformation, and government officials of accepting industry claims uncritically. Silent Spring had a profound impact on the development of environmental consciousness and led to the regulation of the use of pesticide in North America and Europe.

In order to celebrate the 50th anniversary of Silent Spring this episode of the podcast explores the significance of this book with Mark Wilson, a PhD candidate at the University of Northumbria in Newcastle, England. Mark has written a study which compares the response to Silent Spring in the US and Britain. He also agues that Silent Spring is a typical product of its time that was closely connected with the Cold War and the rise of the counter culture at both sides of the Atlantic.

Walker, Martin J., ‘The Unquiet Voice of Silent Spring: The Legacy of Rachel Carson’, The Ecologist, 29 (1999)

“2012Piano” by snowflake
Available from ccMixter