July 27, 2011 / K. Jan Oosthoek / Comments Off on Podcast 43: A transformed landscape: the steppes of Ukraine and Russia 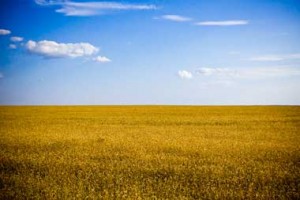 The steppes of Ukraine and Russia were once a sea of grass on rolling plains on which pastoral nomadic peoples grazed their herds of livestock. From the eighteenth century, the steppes have been transformed into a major agricultural region. This process started after the region was annexed to the Russian Empire and settled by migrants from forested landscapes in central and northern Russia and Ukraine and also from central Europe. By the twentieth century, the former steppe landscape had almost disappeared, save a few remnants protected in nature reserves (zapovedniki). 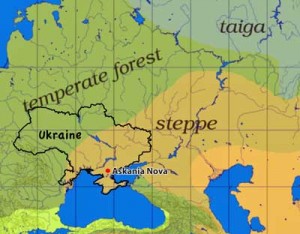 In this podcast episode, David Moon, Anniversary Professor in History at the University of York, UK, talks about his recent visit to the Ukrainian steppes. In addition to conventional historical research in archives and libraries in Odessa, he travelled through the steppes, visited nature reserves, and met scientists to help him understand how the landscape had been transformed over time. This episode provides fascinating insights into the environmental history of the steppes and the way that environmental historians go about studying the history of landscapes and environments.

Music credits
“Echo of the Steppe” by Julian Kytasty on the Bandura, Link Media, Inc. From: Internet Archive,http://www.archive.org/details/linktv_world-music-blog-videos20090504.

“Sooner or Later” by Geert Veneklaas
Available from ccMixter

The production of this podcast episode was supported by the