The origins of nature conservation in Britain – A short introduction

July 25, 2015 / K. Jan Oosthoek / Comments Off on The origins of nature conservation in Britain – A short introduction

The origins of public interest in nature conservation in Britain go back to the early 19th century when Wordsworth wrote about that Lake District that it is a “sort of national property in which every man has a right and interest who has an eye to perceive and a heart to enjoy”1. Systematic conservation efforts only started in the latter half of the 19th century and are reflected in legislation such as the first Wild Birds Protection Act in 1872 and the Ancient Monuments Act of 1882, which enabled the state to take care of monuments of historic significance, including landscapes. 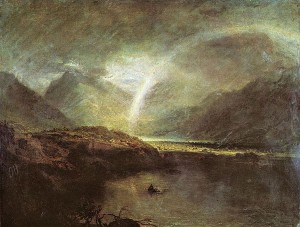 But there were also private efforts such as the creation of The National Trust for Places of Historic Interest and Natural Beauty. This organisation was the brainchild of Canon Hardwick Rawnsley, a vicar in the Lake District and seasoned countryside campaigner who founded the Lake District Defence Society in 1876 in response to the Manchester Corporation damming Thirmere. In 1883 his efforts to to prevent the construction of a railway to carry slate from the quarries above Buttermere brought him into contact with social reformer Octavia Hill and Sir Robert Hunter, solicitor to the Commons Preservation Society. They combined forces and started to campaign for the creation of a National Trust and as a result of their efforts the trust was established in 1895.

The trusts aims were described as follows in the National Trust Act of 1907:

To promote the permanent preservation, for the benefit of the nation, of lands and tenements (including buildings) of beauty or historical interest; and, as regards land, to preserve (so far practicable) their natural aspect.2

There was also a growing sense of the finiteness of native flora and fauna and the vulnerability of their habitats. The Society for the promotion of Nature reserves was formed in 1912 and gave the impetus to the National Trust’s acquisition of woods, downs and cliff as well as historic houses.

An additional concern was the protection of birds and in 1889 the Royal Society for the Protection of Birds (RSPB) was created. That organisation was established in response to the dissatisfaction over the 1872 Bird Protection Act. The Efforts of the RSPB led to a series of measures culminating in the Bird Protection Act of 1954.

The RSPB originated as a middle class suburban movement with some wealthy and influential backers. The British middle classes loved birds and there was a kind of a bird craze growing. This is reflected in the development of its membership development and in 1900 the RSPB had 25,000 members.

The main aims of the Society as state in the charter include:

The charter also contained an idea, in the form of sanctuaries or reserves that came from the other side of the Atlantic: National Parks, however, in Britain this was too far ahead of their times. It took another 25 years before the RSPB acquired land for a reserve and again another 25 years before the first national park would be established in the Lake District in 1954. Scotland had even to wait until 2002, when a national park was established in the Trossachs (made famous by Sir Walter Scott in his Lady of the Lake). Today the RSPB looks after more than 182 nature reserves and is the largest wildlife conservation charity in Europe with more than a million members.

The Interwar Period was not only focussed on birds but more importantly on the impact of changes in the landscape and the main thrust of conservation efforts was focussed on the preservation of scenic and historic landscapes. In addition the forestry Commission was set up in 1919 and its reafforstation efforts amounted to the singles largest land change in Britain during the 20th century. Millions of hectares were planted with conifers to create a timber resource for the nation.4

During the 1920s and 1930s a whole host of organisations comparable to its English counterparts were set up including the National Trust for Scotland (1931) and the Association for the Preservation of Rural Scotland (1926).

It was only after the Second World War National Parks were established in England and Wales with the National Parks and Access to the Countryside Act of 1949. The government, in contrast with national parks in other countries, does not own the national parks in England and Wales. All English national parks are still working landscapes where tourism, agriculture and even industry are combined with preservation of the beauty and diversity of the landscape. Another characteristic of theses parks is that they are mainly situated in areas of low agricultural value. The first four national parks were established in 1951 and included: the Peak District, Lake District, Dartmoor and Snowdonia. Scotland had to wait until 2002 before the first national park was established in the Loch Lomond area.

In other countries similar efforts can be observed. In 1872 the United States established the Yellow Stone National Park, the first of its kind in the world. Some have called National Parks “America’s best idea”5, and it is certain that the model of Yellow stone parks and the national parks service established in 1912, has been followed all over the globe. In 1892, twenty years after the creation of the first national park, the Sierra Club had been formed. The objective of this organisation was to protect landscapes against human development and preserve it for future generations.

In 1905 the Society for Preservation of Nature Monuments in the Netherlands (Vereniging tot Behoud van Natuurmonumenten in Nederland) was established in response to plans of the Amsterdam City Council to use a nearby wetland as a rubbish dump for the expanding city. The society bought the wetlands and saved it from destruction. This was the first grassroots environmental effort in the Netherlands.6 Today “Natuur Monumenten” is one of the largest landowners in the Netherlands looking after 100,000 hectares of nature reserves and parks.

The modern Environmental movement began in the 1960s and was much concerned with air and water pollution and habitat loss. The modern environmental movement was a response to the increasing impact of humans on the environment caused by increasing industrialisation, the use of chemicals in agriculture and increased numbers of cars. Many regard Rachel Carson’s book Silent Spring as the starting point of these modern concerns. In this book she highlighted the dangers of the use of chemicals in agriculture and its impacts on bird populations.

Soon, the focus of environmental organizations became broader in scope to including all landscapes, environments and human activities, increasingly on a global scale following the emergence of global environmental concerns such as global warming, acid rain and ozone depletion.

1 William Wordsworth, Guide Through the District of the Lakes in The North of England (Kendall: Hudson and Nicholson, 1835, 5th edition), p. 88.

4 See: K. Jan Oosthoek, Conquering the Highlands. A History of the Afforestation of the Scottish Uplands (Canberra: ANU Press, 2013).

John Sheail, Nature in Trust: the history of nature conservation in Britain (Glasgow and London: Blackie, 1976)