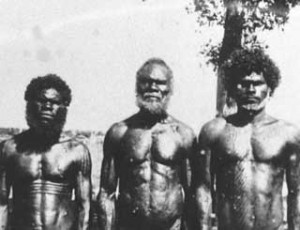 The first people to settle in Australia, ancestors of present day Aboriginals, arrived in Australia about 50,000 years ago. They took advantage of the lower sea levels that were the norm throughout the last 100,000 years and were the result of a cooling global climate – part of the last ice age cycle. The first people who entered Australia encountered a cooler and drier continent than at present. From about 35,000 years ago global temperatures and water availability declined even further culminating in the Last Glacial Maximum (LGM), about 21,000 years ago. At this time, the Australian continent entered its driest and coolest period since modern humans colonized it. By 12,000 years ago the climate warmed rapidly, sea levels rose and climate began to ameliorate.

How did populations in Australia respond to these climate fluctuations? This episode of the podcast explores this question with Alan Williams, an archaeologist and graduate student in the Fenner School of Environment and Society at the Australian National University in Canberra, and an Aboriginal Heritage Team Leader at AHMS Pty Ltd. Alan’s research explores the responses and adaptations by Aboriginal people to climate change through time.

Williams, A.N. (2012) The use of summed radiocarbon probability distributions in archaeology: A review of methods. Journal of Archaeological Science, 39: 578-589.

Most of these and other papers can be requested from Alan Williams’ Academia.edu page.

Podcast 62: Who is responsible for global warming?