Podcast 50: Conquering the Highlands. History of the afforestation of the Scottish uplands

March 26, 2013 / K. Jan Oosthoek / Comments Off on Podcast 50: Conquering the Highlands. History of the afforestation of the Scottish uplands 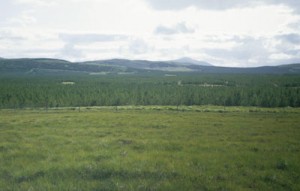 By the end of the nineteenth century, Scotland’s woodlands were reduced to about six per cent of land cover. Over the course of the twentieth century, foresters worked to establish timber reserves in the Scottish Highlands, creating forests on marginal lands that were not easily adapted to forestry following millennia of deforestation. Using a variety of techniques and strategies drawn from modern forestry practices, the Scottish uplands were afforested in the twentieth century, tripling the forest cover. The creation of new forests to serve strategic and economic interests, however, altered the ecology of the Scottish uplands and eventually came into conflict with the interests of environmentalists in the late twentieth century.

Music credits
“Lark in the Morning. The Atholl Highlanders” by Sláinte
Available from freemusicarchive.org

“Scotland the Brave” by Shake That Little Foot
Available from freemusicarchive.org

Podcast 49: Kielder: the story of a man-made landscape