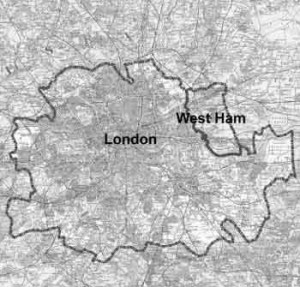 Former industrial sites worldwide are constantly reinvented and redeveloped reflecting changes in economies and societies over time. Nowhere else in Europe is regeneration of a former industrial site more spectacular than the 2012 Olympic site on the banks of the River Lea in West Ham, East London. The creation of the Olympic park promises the rehabilitation of the Lower Lea Valley by restoring its eco-system and revitalising the community of the area.

But the Lower River Lea has a long history, going as far back as the 11th century, of industrial development and associated environmental degeneration. Jim Clifford, a doctoral student at York University in Toronto, talks in this episode of the podcast about the environmental and social history of West Ham and the Lower Lea River. He highlights that there have been attempts in the earlier 20th century to improve the Lea River’s environmental and social conditions but that the high expectations of these schemes were not always met.