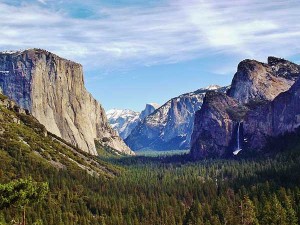 When most people think of national parks they think of famous examples such as Yellow Stone and Yosemite in the United States or the Serengeti in Tanzania. These parks are large in scale with an emphasis on wild life conservation and the preservation of scenic landscapes.1 Human activity and presence is restricted and regulated and people are mainly visitors. This does not imply that the nature in these places has been untouched by humans. In Yosemite for example there was farming in the past and the management of he park is far from passive. The question is not wether untouched  nature is good and anthropocentric influence on natural systems is less desirable.2  The question is wether we would like to protect nature for the sake of nature or for the benefit of ourselves and other species. It is a question of grades of human interference and impact not one of untouched nature.

In recent years discussions of how to protect nature has been intensified with the debate surrounding the rewilding of landscapes outside of these national parks and some have propose to give more space to nature and restrict human activity.3 A new take on this debate will come from famous biologist E.O. Wilson  in a forthcoming book which proposes to set half of the land surface of the earth apart for wildlife. Unlike some others his take on rewilding is anthropocentric and he does not want exclude people from nature but regards them as an integral part of it.4 This sounds all quite novel but the reality is that in many countries nature conservation and human activity have never been separated like in Yosemite or the Serengeti. 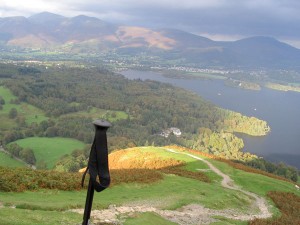 In the case of Britain, the first national parks were only established after the Second World War. The most famous of these national parks is the Lake District of northern England. Unlike the famous national parks in the United States, the Lakes District is a working landscape where agriculture and other economic activities still continue in a landscape that is heralded for its scenery. That is no surprise in a country as densely populated as the United Kingdom and a landscape that has been farmed and mined for millennia. What the status of national park aims to achieve is not the preservation of a natural landscape but that of a cultural landscape. To this end human activity, in particular agriculture, is necessary in order to maintain this landscape that is the result of a co-evolution of nature and culture over a long period of time.5 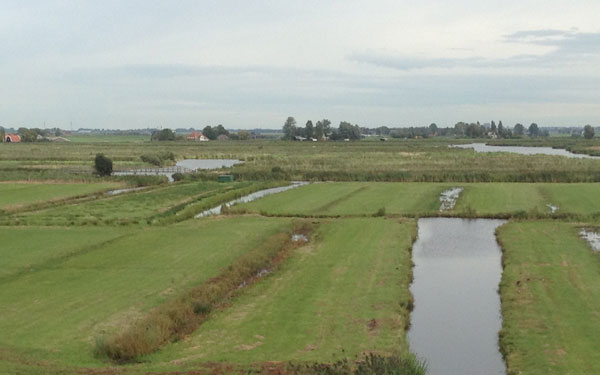 The Netherlands is a small country, about twice the size of the US state of New Jersey and is even more densely populated than Britain. In addition, about half of the country is at or below sea level and most if the land area has been reclaimed or drained. As a result the landscape of the Netherlands is mostly the product of human intervention and in many cases deliberately designed. Therefore the landscape of the Netherlands can be best described as a cultural artefact. As a result formal protection of landscapes and wildlife, like in Britain, came late. The first National Park, Veluwe Zoom was created in 1930. 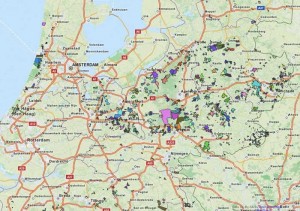 In the early 1950s the Dutch Forestry Service created a map showing estates that were protected by law for there scenic or cultural value. The map illustrates the small size of the protected areas compared to national parks and nature reserves in larger countries such as the United States or Britain.

The largest estate on this map (shown in pink) is the National Park the Hoge Veluwe with an area of 55 square kilometres, which had become a national park in 1935. This estate is typical of the many estates and protected areas in the Netherlands: they are small and it is hard to determine where culture ends and nature starts. Businessman Anton Kröller created the estate between 1909 and 1921. During this period the estate was gradually enlarged and wildlife, such as wild boar and red deer, was imported 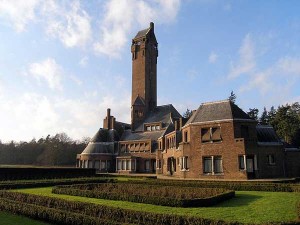 into the park. By design the park includes cultural historical elements, architecture and art. There are several notable buildings in the park which include the famous Kröller-Müller Museum of modern art and the Saint Hubertus House, designed by renowned Dutch Architecture Berlage. Cultural historical elements, such as drifsand areas and heathlands, as well as art installations are part of the park.

In the early 1930s Anton Kröller experienced financial difficulties and he was forced to donate the Hoge Veluwe, including the art collection, to the Dutch State.

A tradition of nature design 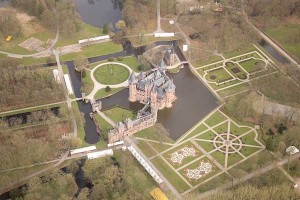 The philosophy behind Anton Kröller’s creation, a hunting and playground for a successful businessman, is not new. In the past elites have created estates to show off their wealth and power and the many country houses and castles around Europe testify of this. In the Netherlands, many of these estates became protected under the NSA scheme, for example “Kasteel de Haar” near Utrecht. This castle, owned by the Rothschild family, is surrounded by meticulously cultivated gardens and it is hard to determine where culture ends and nature starts. In these cases nature does not stand opposite culture but nature has become part of culture and vice versa. In small densely populated countries it is hard to set large areas aside for conservation as a result the protection and even creation of protected cultural landscapes is a natural outcome. As such, the size of parks as well as allowing conservation areas to continue as working landscapes is directly related to population density and size of a country.

The proposal of rewilding of landscapes, in particular in Europe, seems an extension of the historical development of cultural landscapes that are now highly regarded. In most of these cases the exclusion of humans is not an option and more than ever humans have become producers of nature. But in order to play this role properly we not only need to understand how ecosystems work but also how people in the past have shaped and created “cultured nature”. It is for this reason that we need environmental history and the environmental humanities to collaborate with the biological and natural sciences to explain and understand the interactions between nature and culture that created so much of the landscapes of the world.

[2] The question whether there is something that is untouched by humans is problematic because we are part of the Earth ecosystems and have influenced most every natural systems around the planet. Where human influence starts and ends is very difficult to make out.

[4] William Lynn, “Setting aside half the Earth for ‘rewilding’: the ethical dimension”, The Conversation, August 26, 2015.

[6]  Dr Wybren Verstegen of the Free University Amsterdam  discusses in the history of the Dutch Nature Scenery Act (NSA) in the spring/fall issue of Forest History Today.  Coinciding with the publication of this article the Exploring Environmental History Podcast features an episode with Dr Verstegen on the NSA.