Podcast 57: Events in the collective environmental memory of humanity

December 18, 2013 / K. Jan Oosthoek / Comments Off on Podcast 57: Events in the collective environmental memory of humanity

What are the most important events in the collective environmental memory of humanity? In the spring of 2013 a group of environmental historians from around the globe was confronted with this very question. They were asked to nominate one event that, in their opinion, should be part of this collective memory. This was part of a survey for a special issue of the journal Global Environment on environment and memory. The twenty-two entries that were returned provide an interesting window in what professional environmental historians regard as world changing environmental events that should be remembered by all of us. The events suggested are a colorful mix including animals and bombs, dust and climate, organic and mineral resources, the old conservation movement and the new post-1970 environmental movement. In spatial terms, events were scattered over all five continents as well as the entire globe.

The guest on this episode of the podcast is Frank Uekotter, the organiser of the collective environmental memory survey. He discusses what the spatial and temporal distribution of the entries as well as the obvious silences and omissions tells us about our historical imagination and the present direction and focus of the discipline of environmental history.

Article discussed
“What Should We Remember? A Global Poll Among Environmental Historians“, Global Environment, 11 (2013), pp 184-214. Compiled and introduced by Frank Uekötter. 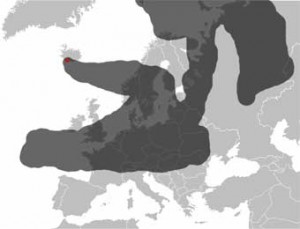 In this edition climatologist Dennis Wheeler talks about the use of 18th and 19th century ship logs for historical climate reconstruction. The main focus will be on the CLIWOC project. In the autumn of 2006 a second edition of the ground breaking global forest history A Forest Journey: The Story of Wood and Civilization has been published. The author, John Perlin, will reflect in the latter part of this podcast on the importance of forest history and the current situation in which forests have become imperative for humanity’s survival.