END_OF_DOCUMENT_TOKEN_TO_BE_REPLACED

Forest history in Europe is often focussed on individual nation states. It is true that all European countries have unique forest histories played out in their national contexts. But there are common traits that all northern European countries share. For example, modern forestry started as an enlightenment project aimed at managing resources in a sustainable way and establishing control over the populations of the countryside.

Furthermore, there is a long tradition of state-centered, management-intensive and science-based forestry. Many of these European forestry experiences and practices have been transported around the world, not in the least to the European Colonial Empires, but also to North America. In many parts of the world this European legacy is often equated with forestry based on 18thcentury German models. More recent ecological criticism has changed forest management profoundly and put forward new aims. All this begs the question if there is a European forestry tradition.

This edition of the Exploring Environmental History Podcastexamines the patterns in the development of European Forestry and attempts to answer the question if there is a European Forestry tradition. This episode is hosted by Jan Oosthoek and Richard Hölzl, the co-editors of a recent volume published by Berghahn Books entitled Managing Northern Europe’s Forests.

Guest appearances of Bo Fritzbøger (University of Copenhagen) and Per Eliasson (Malmö University), who contributed to Managing Northern Europe’s Forests.

END_OF_DOCUMENT_TOKEN_TO_BE_REPLACED 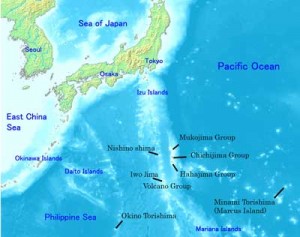 Islands are complex ecological objects produced through flows of flora, coral polyps, human migration, and global capital.  They are places that are constantly being changed through human and non-human action.  Therefore, they are wonderfully rich sites for environmental historians, not to mention cultural, economic, and historians of science, to examine.  They are less miniature worlds than they are places made by the convergence of worlds. In this podcast Colin Tyner, a PhD candidate at the University of California, Santa Cruz, examines the Ogasawara Islands group and it environmental histories.

The Ogasawara Islands are situated one thousand kilometres south of Tokyo in the Pacific Ocean. They were first settled in the 19th century and went through distinct phases of exploitation, military use and nature conservation during this period reflecting changing attitudes to the natural world. Colin will illustrate how different social, cultural and natural worlds converged on the Ogasawara Islands.