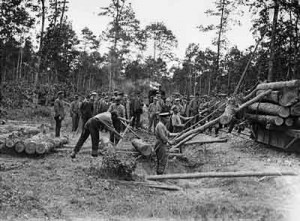 Podcast 19: Environmental histories of settlement in Canada and New Zealand

This edition of the podcast is devoted to two countries of European Settlement: New Zealand and Canada. Both countries received a significant number of settlers from Scotland and Ireland. Did these groups bring a particular set of land management techniques with them that had a particular impact on the landscape and environment? Did a particular conservation ethic develop among Scottish and Irish settlers? Tom Brooking of Otago University discusses these questions in this podcast. In addition he is looking at the unique nature of the environmental history of New Zealand and how the country has become as cultivated as most “old world” countries.

In the second part of the podcast Alan MacEachern, a historian of the University of Western Ontario, explores the confrontation of European settlers with the extensive forests in eastern Canada through the Miramichi fire of 1825. This fire is considered to be one of the largest ever recorded on the east coast of North America since European settlement. The fire took settlers by surprise because it was on a scale unknown to immigrants coming from a largely deforested continent. Alan discusses the causes of the fire, the responses to the fire and how it was reported in the European press.

The Interviews were recorded at a one day conference entitled “Irish and Scottish Migration and Settlement: Environmental Frontiers”, held at the AHRC Centre for Irish and Scottish Studies, University of Aberdeen, 21 June 2008.

Websites mentioned in this podcast:
NiCHE
Anne is a Man podcast reviews, anneisaman.blogspot.com

Podcast 13: The ozone hole, climate change and the Canadian Arctic

Global warming is not the first global environmental threat that humanity is facing. The thinning of the protective ozone layer caused by chlorofluorocarbons (CFCs) was the first global environmental threat. It led to a concerted global action to ban CFCs by the 1990s to correct the problem. This edition of the podcast considers what lessons can be learned from this environmental problem for dealing with global warming. It suggests that not applying the cautionary principle to the ozone thinning in the 1970s led to the emergence of the so called hole in the ozone layer.

In the second half of the podcast Dr Liza Piper of the University of Alberta explores how the settler societies in Arctic Canada are to a large extent influenced and determined by the climatic conditions during the last stages of the Little Ice Age.

Websites mentioned in this podcast: